Picualia is located in the heart of the province of Jaén in Spain’s southern region of Andalusia, conveniently close to motorway A-4, which joins three of the big cities of the south (Cadiz, Seville and Cordoba) with Madrid. Picualia is regarded as one of the main contributors to the revolution that has shaken the olive-oil industry in recent years.

Picualia is a cooperative. It was created in 2009 when two experienced farm cooperatives, Agrícola de Bailén and Virgen de Zocueca, merged to create a powerful, modern oil mill. The name “Picualia” was chosen because the Picual olive is the members’ main crop. Of all the 2,600 types of olives found the world over, the Picual cultivar has the greatest number of healthy, antioxidant effects.

And so was born one of the most-innovative, best-known firms in the industry, making and marketing oils using only olives grown by Picualia’s member farmers. In 2016 Picualia was named the Best Oil Mill in Spain by the AEMO, the Spanish Association of Olive-growing Towns (Asociación Española de Municipios del Olivo).

Picualia’s reliability and deep commitment to making one of the finest extra-virgin olive oils in the world speak for themselves. Winners of over 50 Spanish and international prizes, Picualia olive oils are ranked among the very best year after year. 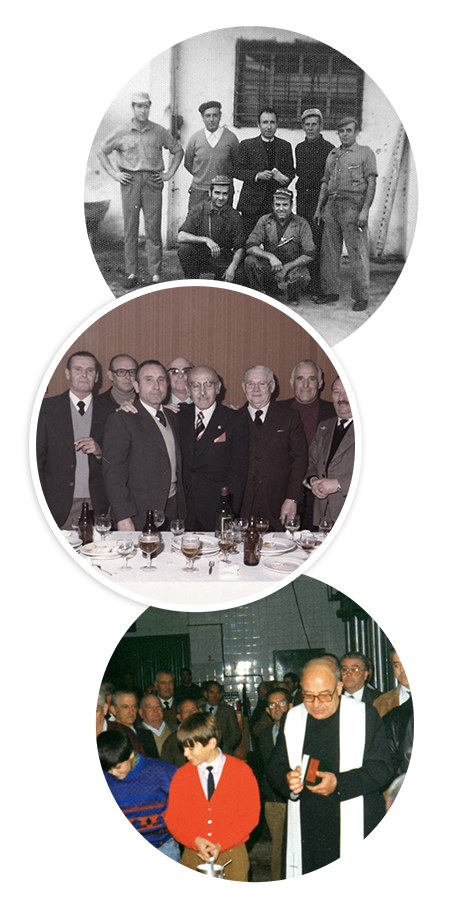 The first two oil cooperatives in our city, Bailén, were founded 70 years ago. The farmers in both organizations always knew that sooner or later they would join forces in a merger that would make all their crops much more productive.

The merger took place in December 2009. Picualia was created with the idea of building a new, modern plant. The goal:  to make high-quality oil in a carefully controlled process and to establish a system for close product traceability, to turn out the excellent virgin and extra-virgin Picualia olive oils that we market today.

In 2011 Picualia started receiving awards and other commendations acknowledging the quality of its oils, and it embarked on a series of investments aimed at producing high-quality extra-virgin olive oils. Picualia has invested 12.8 million euro to date in creating one of the world’s most modern olive-oil plants.

The Picualia oil mill won a variety of Spanish and international awards and acknowledgements in 2016. The foremost was the AEMO 2015-2016 season’s award for the Best Oil Mill in Spain, a real motivation for continuing to deliver the essence of Picualia: Passion, tradition, dedication and state-of-the-art technology. 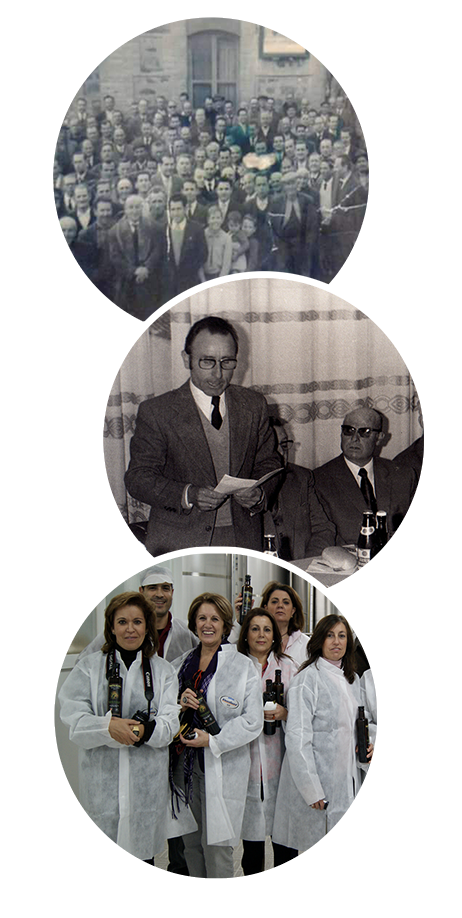 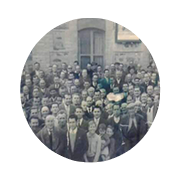 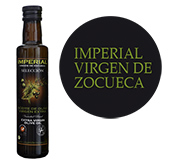 FIRST AWARD FOR
QUALITY IN
EXTRA-VIRGIN OLIVE OIL
(2011 JAÉN SELECCIÓN).
The incentive for building
a new set of facilities
instalaciones

26 SEPTEMBER
Opening of the new oil mill.
The media speak of the birth
of one of the world’s finest
oil mills

MAY
2016 AEMO Award
for the Best Oil Mill in Spain

Opening of
the Picualia Shop 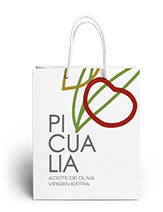 INTERNATIONALIZATION.
The brand expands
to all markets 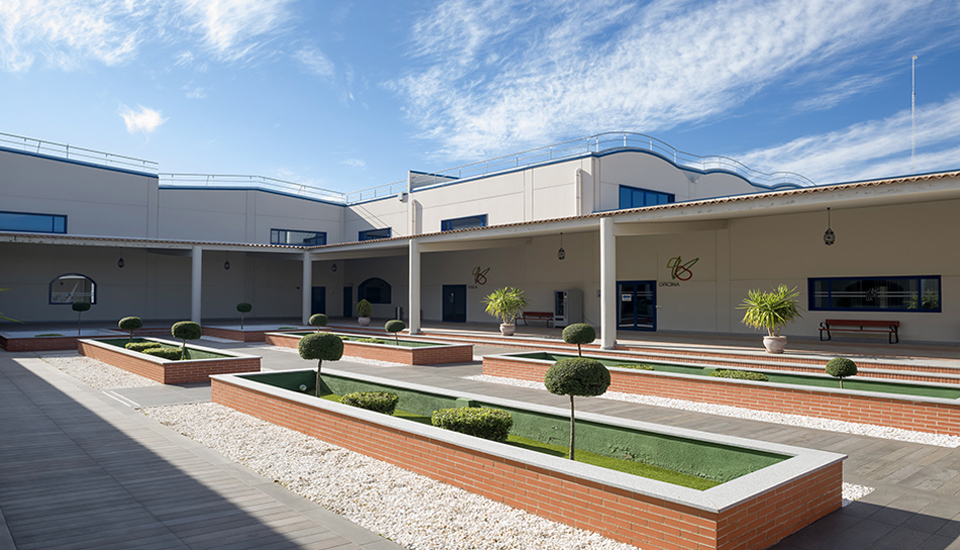 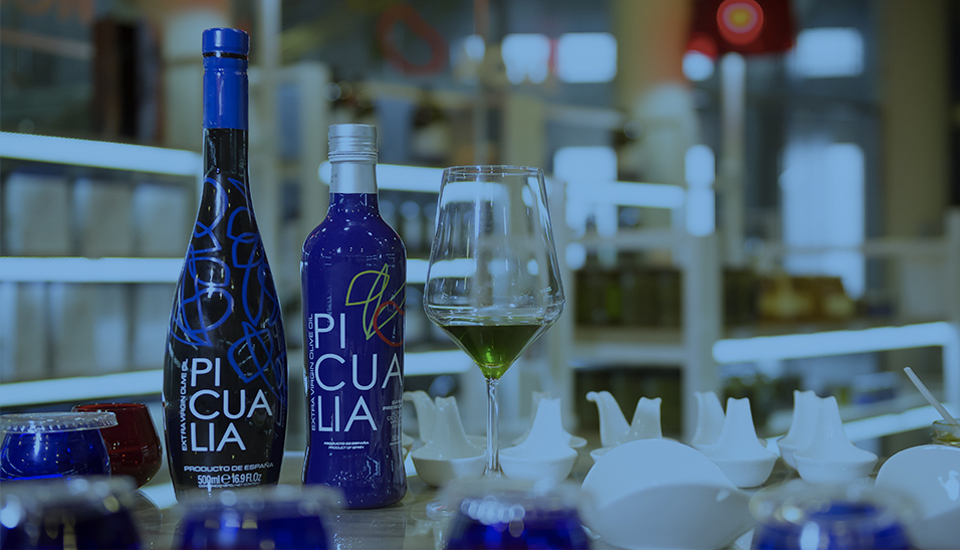 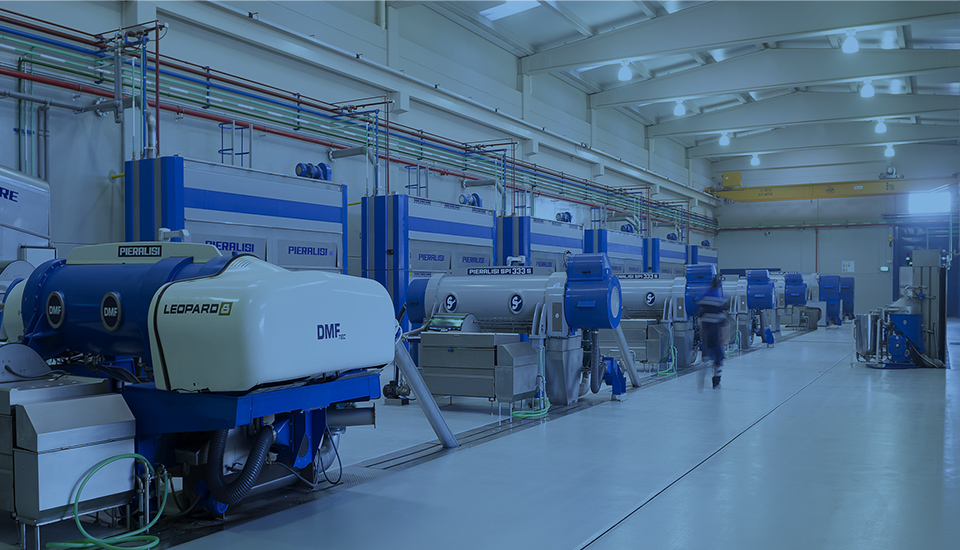 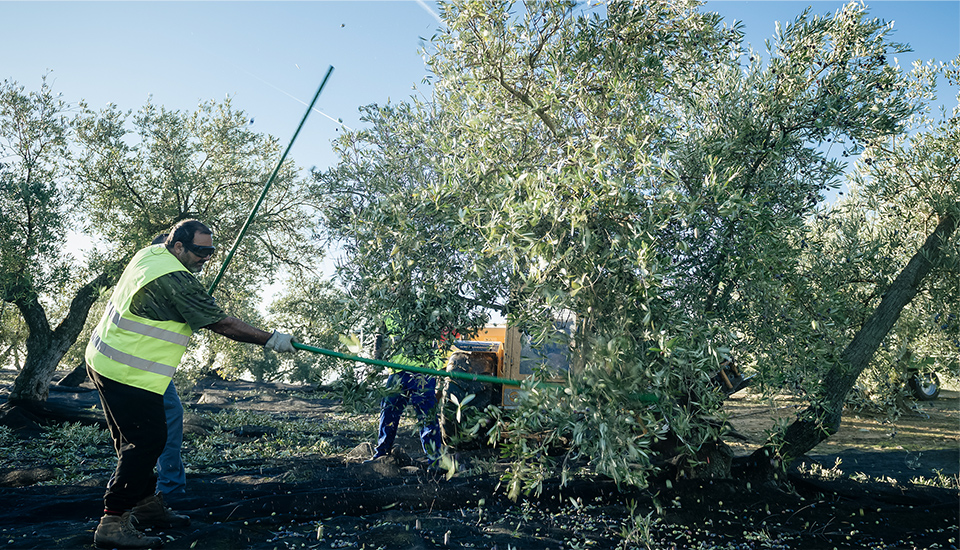 The multidisciplinary team that represents Picualia is the soul of the oil mill. Every day they bring their very best to the job of building and growing a major international business.

A combination of experience with youth and education in every area our company covers. 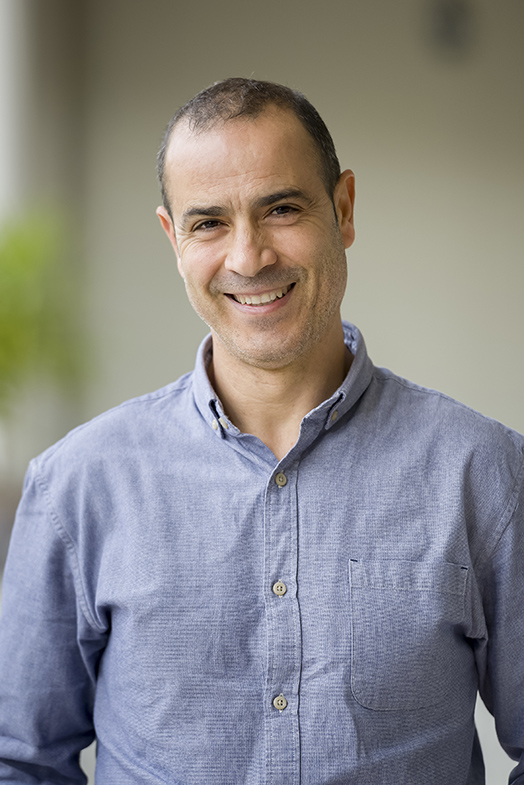 Manager in charge of production, quality and food safety at Picualia.

Emilio Artero Vázquez is the manager in charge of production, quality and food safety at Picualia.

He started his career at Picualia in 2002. Since then he has continued his specialized education at institutions like Andalusia International University in Baeza, the University of Jaén, the Venta del Llano section of the Agriculture and Fishery Research and Training Institute in Mengíbar, Citoliva and the Úbeda Oil Interpretation Centre.

He has received training in preventive controls under the US Food Safety Modernization Act, is a specialist in quality management systems and manages Picualia’s BRC and IFS programmes.

Emilio stands for responsibility and ongoing improvement in coordinating all the mill’s processes. His strong leadership is part of what enables our company to achieve the results we’re aiming for. 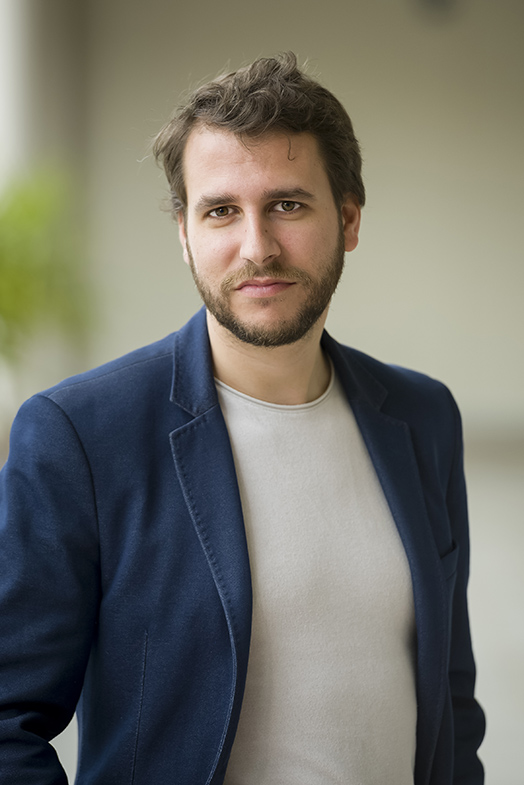 Manager in charge of marketing, domestic and international sales and project development at Picualia

Juan Antonio Parrilla González is the manager in charge of marketing, domestic and international sales and project development at Picualia, a job he has held since 2015.

His educational focus is on marketing and the olive-oil industry. He has coordinated marketing and sales development plans at oil mills and has delivered many lectures on the subject. He also currently holds an economics professorship at the University of Jaén, where he conducts research as a member of the University of Jaén Marketing Research Group.

He has written articles and contributed chapters to books about the olive-oil industry, focusing on the industry’s digitalization, leadership and management.

Juan Antonio stands for youth, dependability and the commitment needed to hold a vision of the future and exercise leadership focused on innovation and business growth. 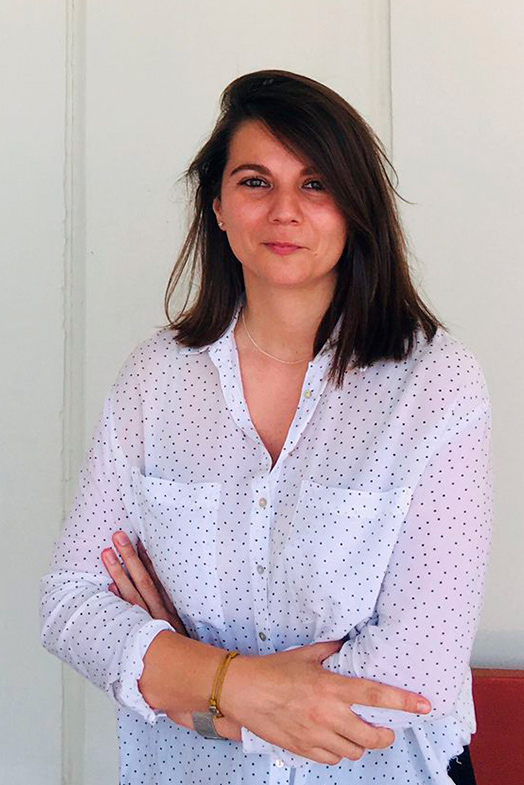 Tamara joins Picualia staff after a long term jouney in inner tourism, being a certified tourist guide (licensed from Junta de Andalucía) since 2015, and linked to the world of EVOO since 2014 working for Museo de la Cultura del Olivo -a museum dedicated to the History of oilve groves in our province- and La Casa del Aceite -a gourmet shop specialized in local EVOOs-.

Talking about her profesional career, Tamara has also been in charge of different local touristic development projects, cultural and touristic events and managing great touristic resources such as the Castle of Sabiote.

Further from her education and professionalism, she is a proactive person, with a special sensibility to share the passionate world of EVOO to those who visit us, providing a very personal experience.

She is also qualified in English and French languages, providing Picualia an international offer regarding oleotourism. 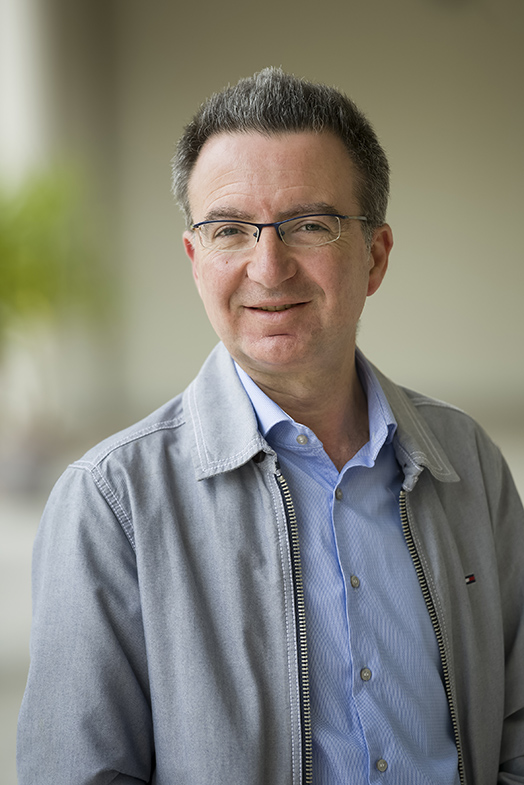 Head of relations with cooperative members

José María left a career in government offices to come to our administrative offices in 1998. He’s our most veteran player, the one who brings the most experience and knowledge to the field.

He is currently part of the multidisciplinary team of the Administration, Finance and Accounting Department and the Marketing Department, where he is head of relations with the farmers who belong to Picualia.

He’s a congenial, helpful person, always ready to take on problems and find a solution. He is the glue that keeps all the members of the company together. 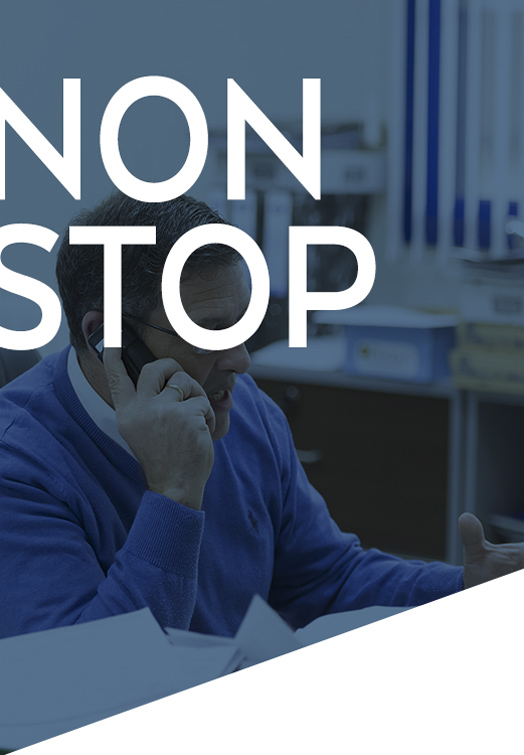 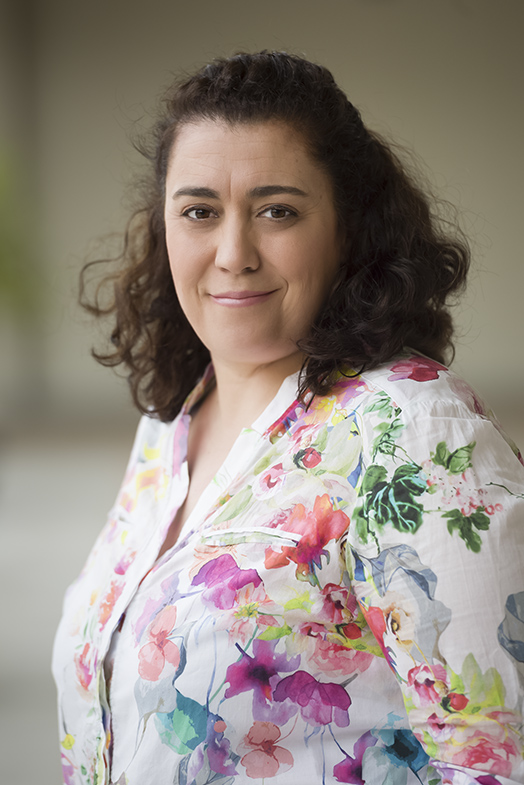 Manager of the Administration, Finance and Accounting Department

Licentiate degree in business administration from the University of Granada. Certificate under Citoliva’s Senior Executive programme.

She has been at the helm of the Administration, Finance and Accounting Department since 2003 and is a pillar of the company.

Teresa is a responsible, friendly, methodical person and excels at handling Picualia’s economic and financial work. 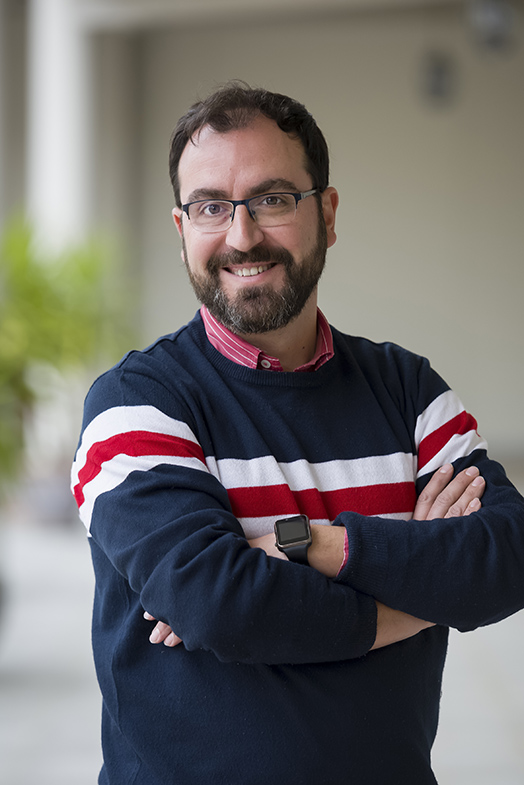 He is the field technician in charge of checking and monitoring the farms that belong to the cooperative that grows olives for Picualia. Providing member farmers with expert agricultural advice is part of his job. He is also head of Picualia’s Integrated Production section.

Francisco is a responsible, courteous, friendly person, so he has the perfect gifts to be the perfect farm management consultant for Picualia. 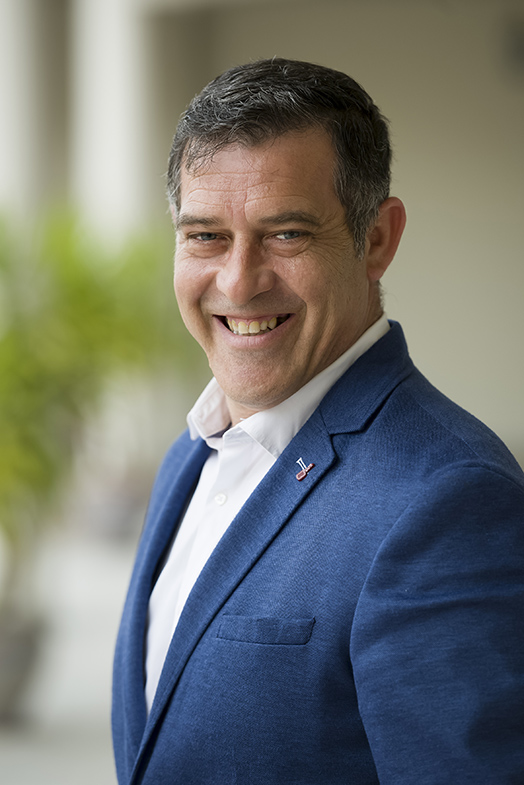 Head of national and international logistics and sales

University expert’s certificate in efficient olive-oil marketing from the International University of Andalusia and advanced technical degree in commercial management and marketing.

He is currently head of national and international logistics and sales at Picualia. Juan Antonio has responsibilities in other areas of the company, too. He is a core person whose job gives him a role to play in all the work of managing the company. He has the experience, too, because he has worked for the firm since 2009.

Juan Antonio is an enterprising, congenial extrovert. A true professional who can adapt to every challenge placed before him.